Over the past decade, growth in the West Shore area has been contributing to significant increases in vehicle traffic coming into Victoria. In response, BC Transit, working with the Victoria Regional Transit Commission, has sought to improve rapid transit linkages into Victoria from the West Shore. 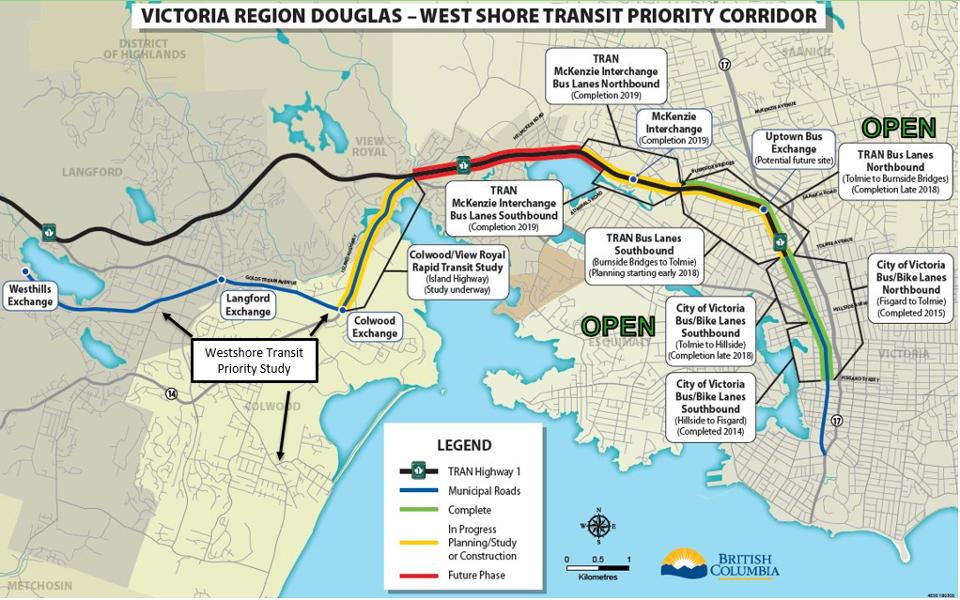 Construction has begun on the southbound Douglas Street bus lane extension project. Once complete, these priority bus lanes will create faster, easier commutes for people who live and work in the Greater Victoria area.

The extension will be from the south end of the Highway 1-Burnside Road overpass to Tolmie Avenue, a mirror of the northbound extension project completed in December 2018.

The southbound priority bus lane will complete the two-way corridor between Fisgard Street and the Highway 1-Burnside Road overpass. Priority bus lanes provide more reliable and timely service, as it will be easier for buses to remain on schedule along the corridor.

The southbound Douglas Street bus priority lanes expansion, reaching from Tolmie Avenue to Hillside Avenue, is now complete. As of Monday, November 5th, priority bus lanes will be in effect both northbound and southbound between Fisgard Street and Tolmie Avenue. 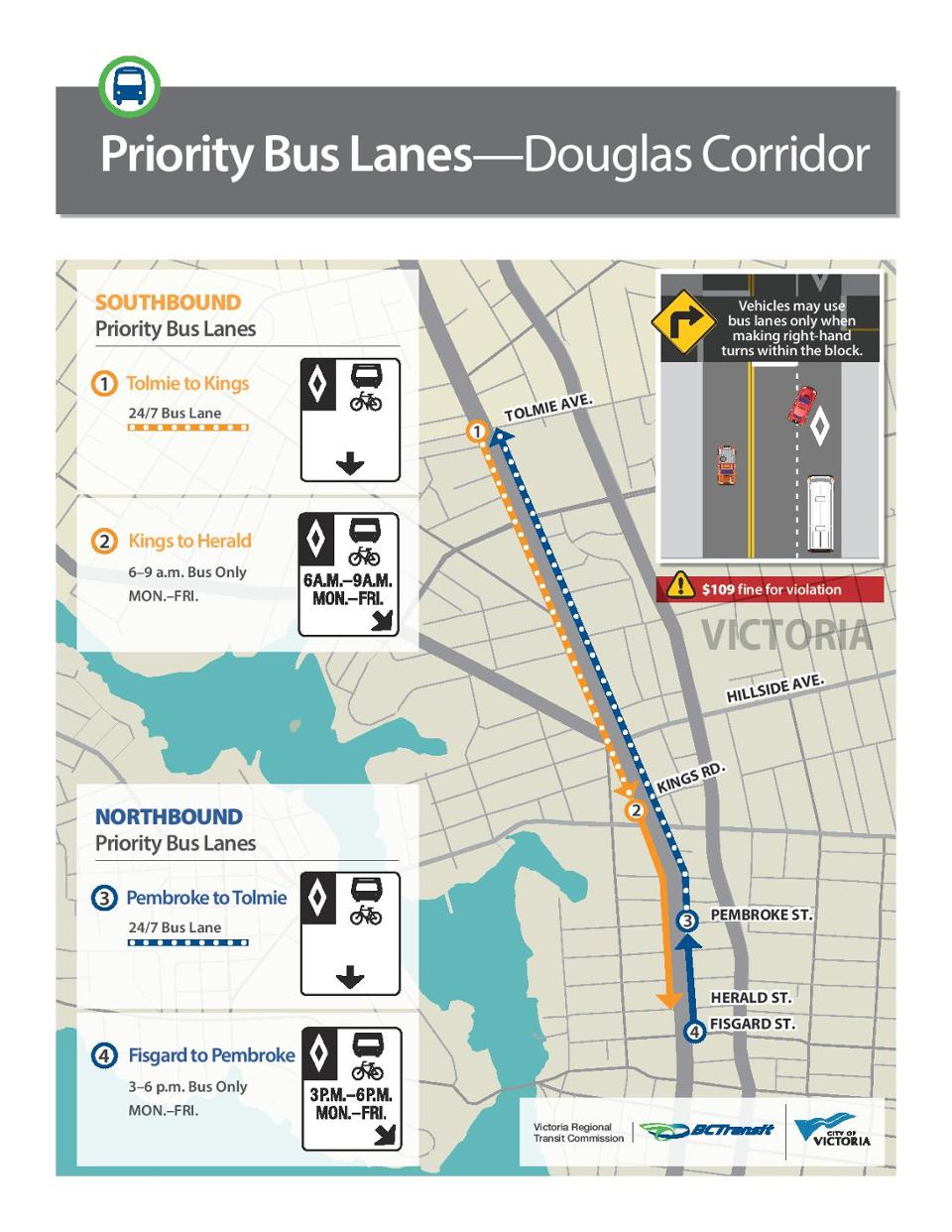 The priority lanes are meant for buses, including those run by BC Transit and private tour companies. Motorists are allowed to enter the priority bus lanes only if making a right hand turn within the block.

Watch for these signs along the Douglas corridor:

24/7 between Pembroke Street and Tolmie Avenue

3-6 p.m. only between Fisgard Street and Pembroke Street

24/7 between Tolmie Avenue and Kings Road

6-9 a.m. only between Kings Road and Fisgard Street

The priority lanes, an infrastructure project designed in partnership with the City of Victoria, will shorten travel times for passengers, increase the reliability of public transit and reduce greenhouse gas emissions. Encouraging more transit use will also lower the number of vehicles on the road, helping to reduce congestion. The Douglas Street corridor currently supports as many as 1,700 vehicles per hour during peak travel times.

Construction is set to begin in late January for the southbound Douglas Street bus and bike priority lanes, which will reach from Tolmie Avenue to Hillside Avenue.

As the roadway is under the jurisdiction of the City of Victoria, the city is managing the construction contract process. Construction will include concrete and asphalt paving, sidewalk and boulevard restoration and improvements, tree and vegetation replacement, new line painting and new signal infrastructure.

The project is funded by the Province of BC and the Victoria Regional Transit Commission. Construction is expected to conclude in the fall of 2018.

What is Rapid Transit?